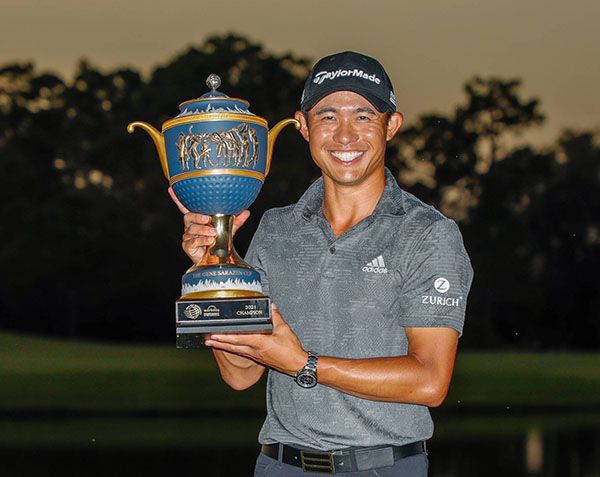 Collin Morikawa continued his meteoric rise through the professional golf ranks with a win in the WGC Workday Championship played at The Concession Golf Club. In so doing, he joins his idol Tiger Woods as the only players to win a major and a WGC title before the age of 25.

Just five years removed from playing in the Southwestern Amateur, 23-year-old Collin Morikawa stunned the golfing world in hoisting the Wannamaker Trophy at the PGA Championship held at TPC Harding Park in San Francisco, California. With the victory, Morikawa joined Jack Nicklaus (1963), Tiger Woods (1999) and Rory McIlroy (2012) as Wanamaker Trophy holders at age 23 and joined an elite group of Southwestern Amateur players who have gone on and won one of professional golf’s major tournaments.