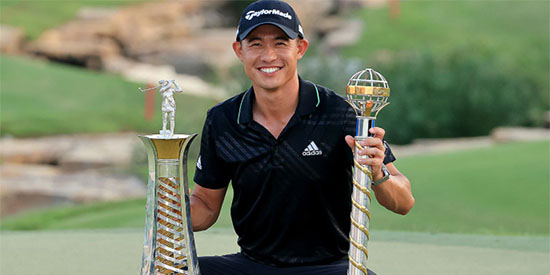 Just over six years after his debut in the Southwestern Amateur, Collin Morikawa has ascended to the top of the golf world, winning two majors, becoming a Ryder Cup star, and becoming the first American to win the Race to Dubai as the No. 1 player on the European Tour.

The 24-year-old Californian demonstrated patience after a slow start and then world-class iron play down the stretch in making five birdies in his last seven holes to overhaul a fading Rory McIlroy and win the DP World Tour Championship with a final-round 6-under 66 on Sunday.

“It’s an honor to be the first American to do that, to put my name against many, many greats and Hall of Famers,” Morikawa said.

Following his 2021 season, Morikawa was named Global Golf Post’s men’s player of the year, and the honors are sure to continue from there.