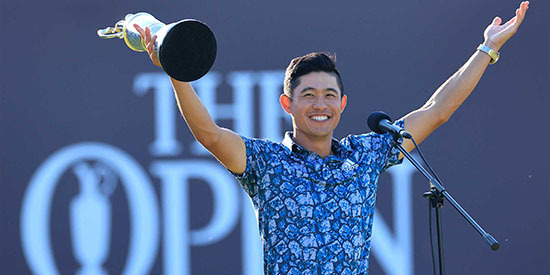 The Southwestern Golf Association would like to congratulate Collin Morikawa for winning the 2021 British Open at Royal St. George’s in England, his second major championship in just over two years as a professional.

We enjoyed getting to know the future “Champion Golfer of the Year” in 2015 when he first played in the Southwestern Amateur Championship, finishing T18 as an 18-year-old.